Southern Ontario is certainly no stranger to the complications that winter weather can have on any sort of travel across the region. Even a light dusting of snow can be enough to bring major city centers to a halt, especially during peak commute times of the day.

But HOW can two centimeters of snow be worse than more than 20 centimeters when it comes to winter travel?

Consider it the Snow Paradox.

“When you look at the GTA and our spider webs of highways and roadways, things grind to a halt with just a couple centimetres of snow,” says Weather Network meteorologist Tyler Hamilton, adding that typically when it’s a bigger snowfall event people are more inclined to plan ahead and hunker down at home. “But it’s that innocuous lake-effect snowfall or those bursts of snow along an arctic front where we run into real problems as it greases up the roads and may not be enough snow to plow.” 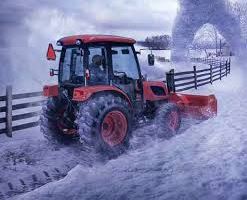 In fact, researchers at NOAA recently announced that they’re working to make traveling in winter weather safer, stating that “short-lived snowfall” can be equally as dangerous as major winter storms.

“We have gotten really good at predicting when a big event is going to happen and what regions it will impact,” said Heather Reeves, a reseacher at the Cooperative Institute for Mesoscale Meteorological Studies (CIMMS) in a NOAA press release. “The real danger now are these events where people don’t have to stay inside. They can still go out and live their lives, but there may be moments where they need to exercise caution.”

Recent studies by the CIMMS also show that more deadly snow-related accidents occur when the snow was too light or too short in duration for an official winter storm warning or travel advisory to be issued.

Winter tires of course are one of the biggest life savers in any type of winter driving, providing increased traction, braking and handling. Learning how to react is also crucial for those who attempt to navigate the slick conditions.

Tags: Snow paradox: Why 2 cm of snow can actually be worse than 25 cm